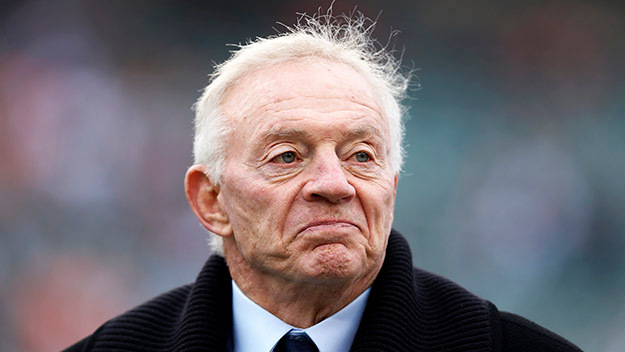 In this success post, we are going to share the story of Jerry Jones, the man who single handled enabled ‘Dallas Cowboys’ to reclaim their former glory. Jerry association with football commenced when he started playing as a ‘running back’ for his college team.

Jerry Jones was born to Arminta and JW Jones in Los Angeles, California, and spent his childhood in the North Little Rock, Arkansas. His father owned an insurance company. Jerry was schooled at ‘North Little Rock High School,’ where he played football in the ‘running back’ position.

After his graduation in the year 1965, Jones worked as an Executive Vice President at Modern Security Life of Springfield, an insurance company in Missouri owned by his father.

In the year 1967, he got a chance to purchase the AFL Team San Diego Chargers but chose not to so that he could complete his master’s degree at Arkansas.

In the year 1970, he earned a master degree in business and tried many business ventures, but success eluded him until he started an oil and gas exploration company in Oklahoma, which was hugely successful. Over the next two decades, his business expanded rapidly, and he established offices all over the western USA and even in Canada.

In the year 1992, the Dallas Cowboys had an outstanding season as they not only set records for most wins in a season but also won the ‘Super Bowl’ in an emphatic fashion the next year by crushing the Buffalo Bills, ending a fifteen-year wait for the fans.

Jerry Jones is a businessman from America, who is popularly known or being the owner of the football team ‘Dallas Cowboys.’ Jerry’s wealth is estimated to be around $7 billion as of 2019. Jones, who bought the team in 1989, from its previous owner HR Bright, has also been the subject of many controversies and criticism for exploiting the position of the team owner.